“Brilliant…get’s better each time you hear it” John Kennedy, XFM.

Maria Byrne and The Broken String release their single ‘Home’ on October 10th followed by their debut Album – Little Basement on Oct 24th 2011. The album was recorded, mixed and mastered in 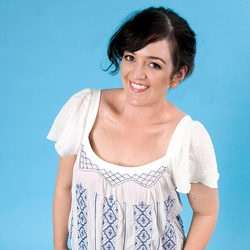 Little Basement is a Folk influenced collection of intimate yet infectious songs, showcasing Maria’s beautiful voice along with some rousing harmonies and a touch of country fiddle. The album moves from whispering heartfelt ballads like ‘Winter’ to energetic catchy foot-tappers like ‘All You Need’ and ‘Home’ revealing a vocal talent that not only pleases the ear but also charms the heart.

Maria will celebrate the release of the album on 27th Oct upstairs in whelans, and support on the night will be provided by fellow Cobhite, the wonderful comedian Maeve Higgins! Maeve will be doing a short set to open the show and promises not to try and sing.