Man Overboard is a four piece pop-punk band from South Jersey. Taking cue from the bands they grew up with such as Blink 182, Taking Back Sunday, and Saves The Day, they have tried to bring back the notion of an emotional song rather then one programmed in a computer. Despite the bands aversion to new trends they still manage to incorporate hooky choruses that will have the current crop shaking in their shoes. Shortly after formulating the idea of the band they locked themselves in the studio demoing almost 60 songs creating a broad foundation for the band to grow from. They entered the studio in the beginning of August to record “Hung Up On Nothing” , their debut EP. Choosing Producer Jesse Cannon(Saves The Day, Valencia, The Cure) to handle production duties they emerged with an EP they have been promoting out on the road since the fall, with the intent of doing whatever it takes to stay out on the road ten months a year spreading the word of what they do.

Following their incredible show here in December, Man Overboard take a trip to Ireland again before their tour with Senses Fail in the UK this February. On the back of their signing to Rise Records, the band are set to play a headline date in Dublin on February 15th.

Andrew Koji Shiraki, singer songwriter from Pennsylvania, will also support on selected dates of this tour. With his last release, “Spring Song Vol. 1” (September 2010 / Run For Cover Records) Shiraki took an intimate approach in creating a live recording. “Growing up in Pennsylvania, the DIY scene that brought music affordably and for all ages to VFW Halls, American Legions, living rooms, basements, barns, and backyards across the state instilled within me a sense of self reliance and empowerment. Some places in the world aren’t so fortunate to have public spaces where people can gather around the arts. Even in communities where it is available, that freedom of expression is often challenged or put at risk. It’s our responsibility to make a place for that freedom and keep it safe. I hope this recording will stand as a small testament to the connection people share through music and how the arts can build bridges and strengthen communities. A sound can be a spark.” FFO: Ted Leo, Kevin Devine. 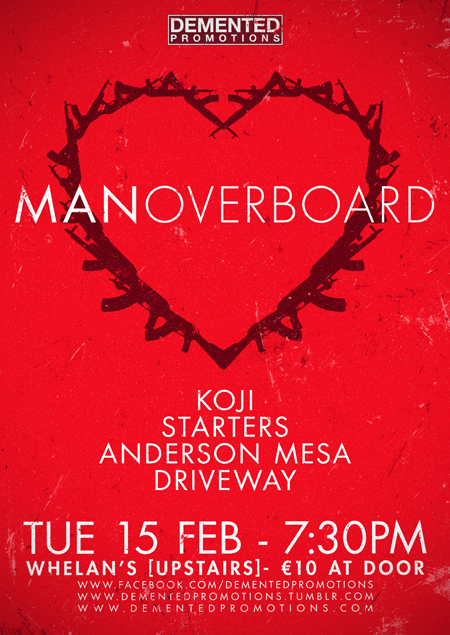