JPKALLIO.COM is Dublin based indie rock band that mixes classic rock, punk rock and takes influences from wide variety of musical genres. This is the story how the band came to be:
In the cold spring morning in 1975, J.P. Kallio was born in a lift of a maternity hospital, in Helsinki. Completely blue and not breathing, but he proved to be a fighter. Always one step a head of the game and not scared to take the rough road. These are just some of the character building moments of his life that have shaped J.P. Kallio in to the songwriter, singer and guitarist he is today.
At the end of the summer 2010 J.P. returned from a long tour with Sliotar, a trad/ folk band that he has been a member for a long time, and decided it was time to do something with his own songs. The first phone call was for his friend Tomek Jastrzebski, a punk rock bass player from Klodzko, Poland, who had been living in Dublin for the past few years and had the bass gathering dust under the bed. They also contacted a friend of a friend from Olkusz, Poland, Sebastian Bachowski who they heard was a good drummer. In the beginning of October, three guys crammed them selves in to a rehearsal room in the north Dublin to play through some of J.P.s songs. At the end of the rehearsal it was clear to every one in the room that band was born. Jpkallio.com started the long task of song writing and rehearsing.
Six months down the line they had recorded an EP for a free download from their website and started performing live. The hunger to perform live is the driving force in the band and these guys would grab any opportunity to perform their music to an audience
J.P. has always had a keen interest in the music business. He is writing a weekly blog about his experience of recording and releasing the first CD of jpkallio.com. In the blog he is sharing his experience in the industry ups and downs, where they succeed and where they fail. “Irish music scene has been good to me and I want to give back something in return, and I hope this blog will be valuable information for other bands on a similar path”
The bands live performance is energy filled frenzy of intensity and emotions. Three guys having a time of their life and sharing the moment with the audience. You got to see it to believe it! 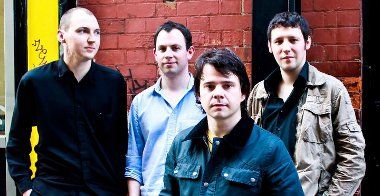 Formed in March 2008 in Dublin, Ireland, The Wicked Few are an eclectic bunch of sometimes-musicians. After a slow start and the usual difficulties (name changes, absentee members, crazy session drummers, prima-dona guitarists), The Wicked Few headed to Studio 47 to record a rough demo. The process nearly killed them. But emerging the other side having survived the ordeal (barely), The Wicked Few headed into late 08/early 09 with the intention of bringing their sound to the masses. A highlight of 2009 was a number of amazing King Kong Club gigs in The Village. After a period of relative inactivity the group recruited a new singer in early 2010, and began writing and gigging again with renewed vigour. Our live experience can only be described as a rollercoaster ride of broken strings, dropped sticks, false starts, premature finishes, and somewhere in between, hopefully, some really good tunes!!