In his time with Ten Speed Racer, they released two critically acclaimed albums, an EP and several singles. They toured the US, Uk and Ireland, supporting the likes of Henry Rollins, Echo and Bunnymen, The Frames and BellX1 to name a few.

Apart from Radio and Chart success in Ireland they had songs used by Coca-Cola, in Glenn Close’s ‘Damages’ series and had rave reviews in such magazines as NME.

The new solo album, which sees his long awaited return to music, was recorded in various rooms around Ireland and finished in Bergen, Norway(where he now lives),  with a little help from some of Norways finest musicians.

“Songs with strong heartbeats that flicker and surge in all the right places….a solid, honest foundation for whatever comes next.”, THE IRISH TIMES.

“Hopefully there are some cheap flights on the horizon so Barrett can bring some of these songs home for live shows.” Harry Guerin, RTE GUIDE.

“I listen to that wonderful album closer and it makes me fall in love with the album”  -‘To you I Bestow’ blog.

Better known in Norway as Sergeant Petter, he is considered  to be one of Norway’s most talented and original songwriters. 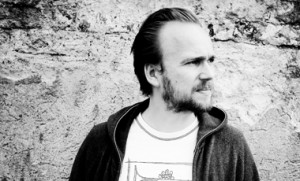 Sgt Petter has released four studio albums. Each record spawning Radio hit after radio hit, and all highly acclaimed by the press in his native Norway.

He releases the fifth Sgt Petter album in Autumn 2011.

For more information go to www.sgtpetter.com