Milan Jay started off as John G. Millane’s one man band from Ballinasloe but he has since been joined by Joesph Kenny also from Galway. Their indietronic sound has been likened to 90s indie stalwarts the Beta Band and Super Furry Animals. Released in November 2010, ‘To The Sea And Swim’ is the first in a trilogy of EPs to be released on his own Philosophor Records and has already received attention from the likes of Steve Lamacq and The Ticket’s Jim Carroll.

“To The Sea And Swim is a stunning and varied EP, and if there’s more of the same to come over the next while, then it would seem that Milan Jay’s star is firmly in the ascent” – State.ie

“Milan Jay is about feel-good, whip-smart funky indielectronica with an array of monster melodic hooks keeping it all in check” Jim Carroll – The Ticket 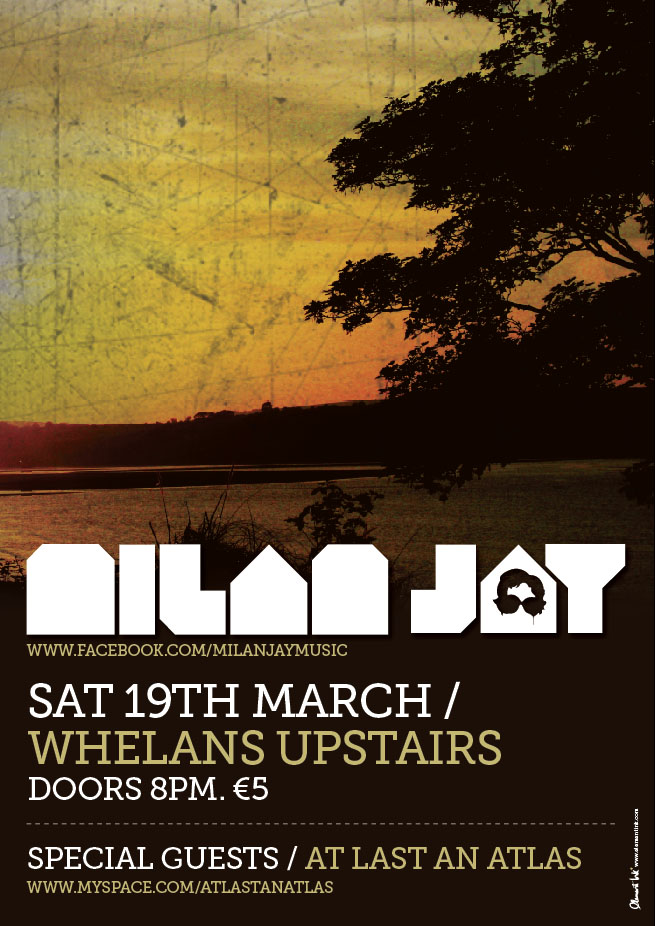