Every Monday Upstairs at Whelan’s 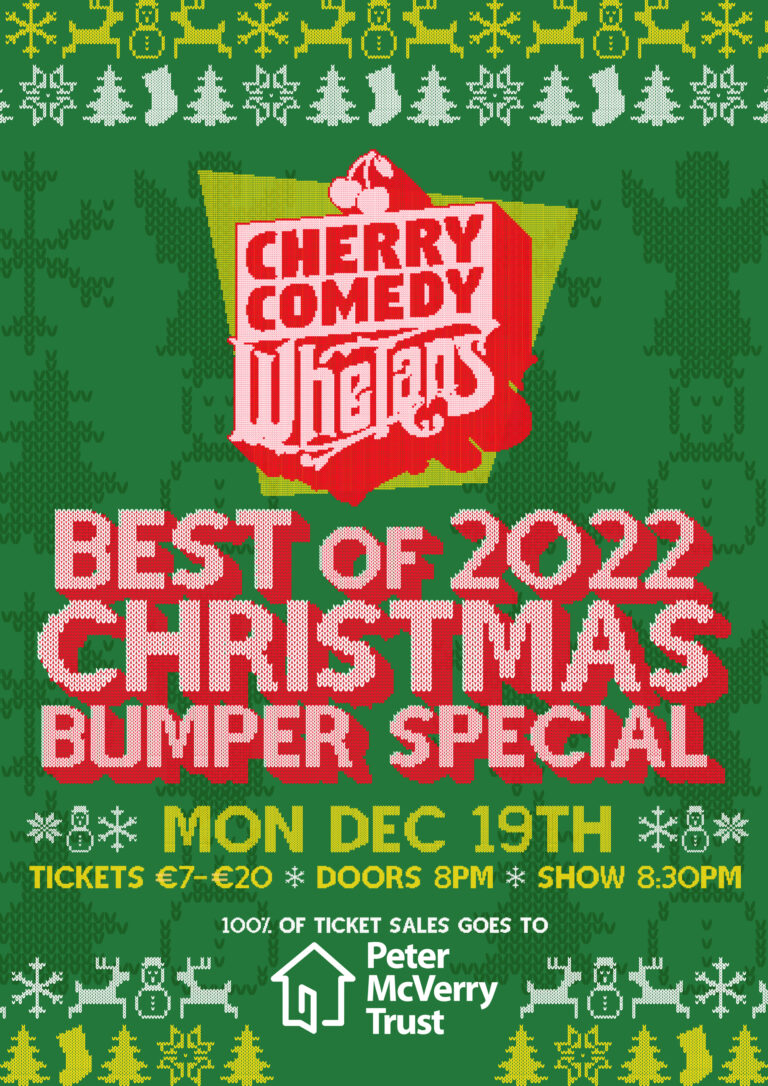 Cherry Comedy bring you a truly electric night in Whelan’s every Monday – This is stand-up comedy brought to you by young, new and emerging talent on the Irish comedy scene.

Listed as the number one comedy club in not just Dublin but Ireland by TripAdvisor, Cherry is favoured by acts new & old, entertaining audiences from around the world. As seen on RTÉ, Virgin Media, Vodafone Comedy Festival & more.

“One of the best clubs in Dublin. We love playing there!” – FOIL ARMS & HOG

“Cherry Comedy is a great comedy night. Loved by new and experienced comics alike. The best audience ever… It’s my favourite regular comedy night to gig at.” – ALISON SPITTLE

“Cherry Comedy is a great club. A low-ceilinged, intimate delight to play with a good mix of local and international audience members..” – NEIL DELAMERE

Tickets from €7 available from CherryComedy.ie. Pre-book & save!