Declan Sinnott returns to Whelan’s on Sun 31st May accompanied by the beautiful voice of Vickie Keating.  He’ll be focusing on songs from his second solo album ‘Window on the World’ which will be released in April.  Declan first came to prominence back in 1970 with Horslips and has been in the forefront of Irish music ever since, working with Moving Hearts, Mary Black, John Spillane, Christy Moore and many others.  A gig not to miss! 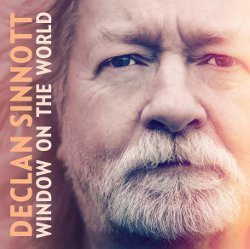 – 50c per ticket service charge applies on phone, internet or creditcard bookings. Final ticket price may be higher from other outlets.

Whelan’s Indie DJ in the bar and Sonntags [Disco/House/Funk] upstairs from 11pm til late (Free Entry).