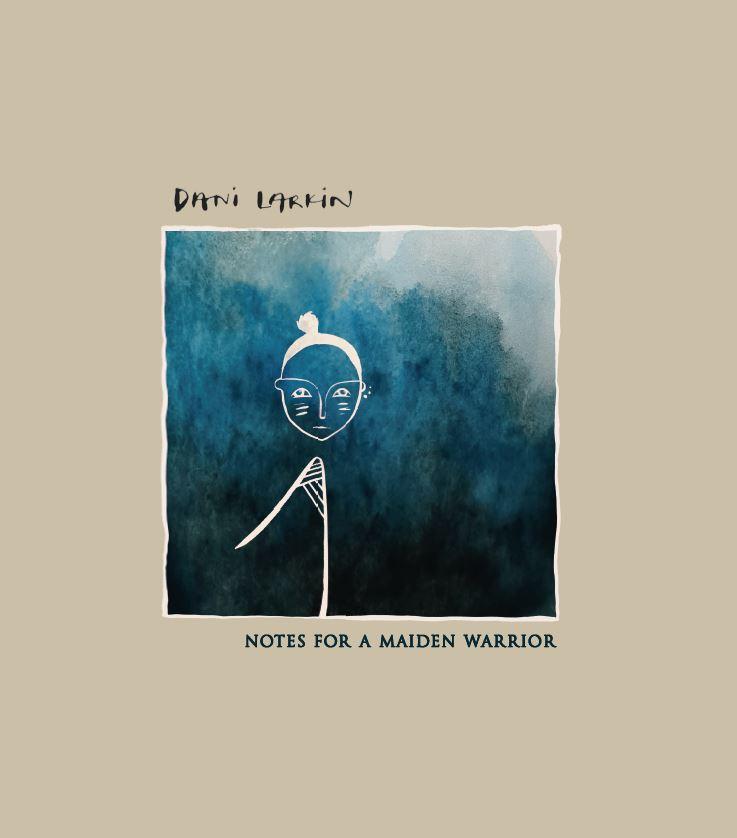 (Dublin, Ireland – 7th April, 2021) – Off the back of her Folk Alliance International live debut this past February, Ireland’s most exciting new alt-folk artist Dani Larkin plans to release her debut album Notes For A Maiden Warrior on June 18th 2021. The long-awaited debut album makes its final voyage, containing a collection of 10 tracks including reimagined album versions of popular tracks such as ‘Samson & Goliath’, ‘Bloodthirsty’ and ‘The Mother Within’ and promises to be one of the most exciting contemporary folk albums this year.

Along with the announcement of Dani’s debut album Notes For A Maiden Warrior, a headline Irish tour is announced. Taking place in Limerick, Galway, Dundalk, West Cork , Cork, Dublin, ending with a secret show in Belfast. Tickets will be available from Friday, 9th April at 10AM.

The album is centred around the concept of lessons on how to be a warrior, how to create change in this world by learning from stories of old and from other realms, and how to navigate life – love, death, suffering, pain, strength and kindness. It is not intended to be instructional; it is as a set of notes in song form.

Recorded in Halfbap Studios, Belfast and co-produced by George Sloan this debut album Notes for A Maiden Warrior formally cements Dani Larkin’s arrival onto the folk scene, and establishes herself as a contemporary folk artist to take notice of.

With live dates in the diary for SofFT Nights 2021, Cathedral Quarter Arts Festival, Clonakilty Guitar Fest, Claremorris Folk Festival and a live album tour for Autumn 2021 promoted by Singular Artists, there is no corner of this island that you won’t be able to catch Dani Larkin live this year celebrating her debut album in full.

This album is being self-released digitally as well as physically on vinyl. Available to pre-order directly from Dani Larkin’s website www.danilarkin.com.

‘A multi-instrumentalist with a remarkable knack for eking out sublime, burrowing melodies evocative of Irish traditional music.’ – The Thin Air

‘One of the finest songwriters of our times’ – Sean Kelly, Cathedral Quarter Arts Festival