– in aid of Parkinson’s 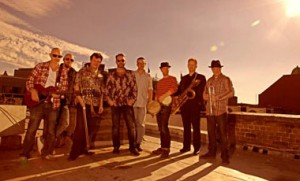 Toot Sweet and The Shadow Man, The Carnival Brothers, Mike Brookfield and Voices of Hope and some Very Special Surprise Guests take to the stage for The Soulstir Sessions gig in aid of Parkinson’s Disease. Grab this opportunity to see these superb musicians in the gorgeous intimate surrounds of Whelan’s of Wexford Street and support a great cause. All proceeds in aid of Parkinson’s. Tickets on sale now, €15, though www.whelanslive.com

The outrageuously good Toot Sweet and The Shadow Man an 8-piece New Orleans Funk Band invoke the music of the Big Easy featuring songs by Dr John, Rebirth Brass Band, Professor Longhair, and Originals. With songs such as Dr. John and Rise Up they will bring New Orleans to the stage in Whelans.www.tootsweetmusic.com 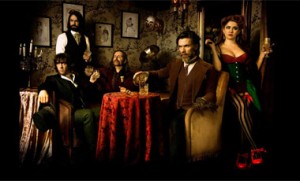 The Carnival Brothers also take to the stage at The Soulstir Sessions 2014. With songs such as The Sun Is Gonna Shine their fans already include legends such as Mike Scott of the Waterboys. Simply not to be missed!. http://thecarnivalbrothers.com

Outstanding Blues/Rock Guitarist, Mike Brookfield has been described by Hotpress as “the Rory Gallagher of our time”. Having performed professionally as a guitarist since 1989, starting his career in London’s West End, Mike has released his own superb material and played with a diverse range of artists including Rod Stewart and Sinead O’Connor. Here’s just a taster: Love Breaks The Fall. http://www.mikebrookfield.com/

Also making an appearance, following their standing ovation from Soulstir 2013, will be the amazing Voices of Hope Choir. Always brilliant.

Playing on the night will be some VERY SPECIAL SURPRISE GUESTS. You don’t want to miss this. 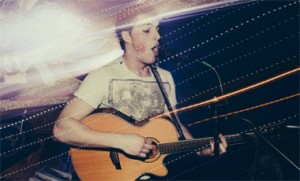 Supporting will be Shawn Morrow, performing his superb solo acoustic Found Something set – with echoes of Snow Patrol and Paola Nutini behind inspired songwriting.

If you love music, this is a gig not to miss – it promises to be something special. Why not have a great night and support a worthy cause – all proceeds in aid of Parkinson’s.

Doors 7pm. Be there early, you don’t want to miss any of this!

The Soulstir Sessions is a group of music lovers dedicated to raising awareness for Parkinson’s across the island of Ireland through music. We aim to bring nights of truly great music that you will not forget and at the same time support a very worthy cause.

Enjoy the music, hear the difference