Check it out in Whelan’s every Thursday, Friday and Saturday night, just beside the smoking area.

Standing on their own in a new musical genre, The Cold 100 play the ‘blooze’. The music they
make isn’t your standard 12‐bar blues, and it isn’t just rock ‘n roll; neither adequately describes
their sound – it’s heavy, it’s loud, it’s the blooze!

The blooze, as a genre, is the up‐start son of Chicago electric blues, and rock ‘n roll of the late
60s & 70s. There’s fuzz, there’s harmonica, there’s volume; there’s tube amps, heavy drums &
humbuckers. Pure rock n’ roll flows from the core of The Cold 100, however there’s a seething
undercurrent of the blues nestling underneath.

The Cold 100’s live shows are a visceral and exciting experience, and with groove and feeling
driving the music of the band; this makes them different to any musical act your likely to see.
The Cold 100 have played almost every venue in Dublin city, and the band were finalists in the
prestigious King Kong Club, held at the Village Venue, in Dublin in December 2010, where they
won a slot on bill at the Life Festival. Their live reputation precedes them ‐ they’re really not to
be missed!

The Cold 100 began life in 2007 when Simon Delaney & Mark Walsh (singer & guitarist
respectively) started writing songs together, after discovering that they weren’t the only two
people in Dublin who listed to Robert Johnson, Muddy Waters and Howlin’ Wolf. After deciding
to electrify their sound, they enlisted bassist George Forsyth Jr. and drummer Vinny Keogh to
provide the groove required to give the songs the feeling of the great rock ‘n roll music from
the late 60s & early 70s, that they so much love.

After the successful release of a limited edition run of CDs of ‘Red Headed Woman’in March
2009, along with an accompanying video (by acclaimed director Sara Faulkner), The Cold 100
entered the digital age with release of ‘It Ain’t Easy’ on itunes at the end of 2010. The band will
be back in the studio over this coming spring and summer, and are planning to release an
extended player by the autumn of 2011. 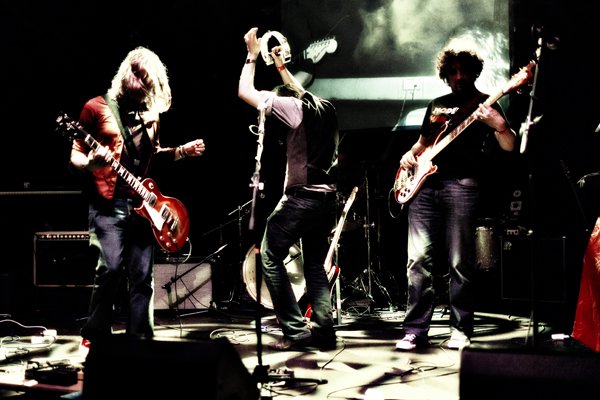