+ guests
”Tackling any project by yourself can be a lonely process but that is how it all began for Wexford’s Paul Creane when he embarked on recording his debut album, Tommy Black And The Twelve Days Of Lucy. Help soon appeared in the guise of a (bearded) angel, Donal “Dodo” Byrne. Fortunately, this angel was a multi-instrumentalist with a recording studio who was looking to embark on a musical project to further his own recording experience. The snowball was on its way down the mountain.

As with most independently-funded albums the road to completion was long but, like a story-arc  straight out of a fantasy novel, the duo would make many talented friends along the way. Regular open sessions in local haunt The Sky & The Ground resulted in the addition of fellow songwriters Seamus Turner andEugene Campbell to a blossoming live band that now included Dodo‘s three brothers (Footzy, Cillian and Lorcan).What began as a solo project had now become quite a family and it is this ethos that saw the culmination of what we now all know today as The Changing Band.

The release of Tommy Black And The Twelve Days Of Lucy in April 2011 marks the beginning of a new chapter in the book of The Changing Band, a book that, once you begin, is just so damn difficult to put down.” 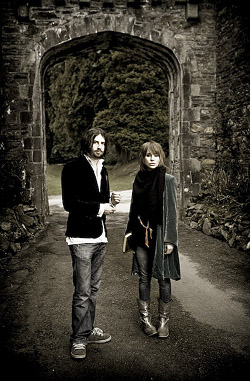 The Darling Sins are a quirky dance of countrified-soul funk fusion. The band is fronted by Leni Morrison and Joe Harpur. An enthralling live presence that will elevate your spirit, the Sins exude a unique energy that will engage the audience from opener to encore. Electric- chameleon front woman, Leni Morrison, moves as if bewitched by an inner charge. A little Polly Harvey, a little Tom Waits with a touch of Janis in the vocal, add to this a scattering of county-blues rhythms, Leni’s extraordinary movements define the stage as you’ve never seen it. At once sexual, wide-eyed and ever the jaded ingénue, Leni performs at 110%. Her lyrics are at times haunting, at times anthemic, often with intriguing storylines and always laden with evocative imagery.

Formed after a fortuitous encounter between Leni and Joe at a Dublin gig, they released their first demo in 2009, this lead to a feature of one of their songs on the “Live at the Red Chair” album and then being dubbed by Ireland’s leading music magazine, “Hot Press”, as “Pick of the fortnight”. The Sins then played “The Slaughtered Lamb” in London to great applause and did their first impromptu gig at Ireland’s foremost alternative music festival, The Electric Picnic.

By 2010, the band had morphed into a flamboyant, more mature musical persona, taking on Joe’s brother Rory to enrich and embody the Sins’s sound with the inspired addition of the Dobro. When New York based musician Pierce Turner saw them onstage at the Wexford Arts Centre, he immediately wanted to produce them. Under his encouragement, Joe, Leni and Rory developed their kicking, wild-child sound, producing a sparkling never before heard soulful blend of bluesy infused rock with an indelible smattering of poetic and medieval heritage. The music has been described by Irish Times rock critic Jim Carroll as “a bunch of raw, hugely promising slow motion blues tunes with plenty of crunch in the mix”.

At the Electric Picnic 2010, the Sins headlined at the Caca Milis Saturday night event in the Speakeasy tent, as a result of their magnetic show they were invited to play a second night on a bigger stage in the Mindfield stage. The Sins continue to write and perform music with their producer, Pierce Turner. Turner, an East village rock-poet, who has worked with Philip Glass, Christy Moore and Larry Kirwan among others, also performs on their latest recordings.

The group have recently been attracting the attention of a number of major international record labels and management companies, such as The Beggars Group, EMI, 4AD, Universal and 21st Century Management.