Despite appearances at major European festivals over the last 3 years (including Glastonbury in 2009) No Crows is still one of Ireland’s best kept secrets. Their third album ‘No Crows on the Moon’ was officially launched by Sharon Shannon last November in their hometown, Sligo at a spectacular star-studded night, which featured 12 out of the 20 guests who contributed to this musical milestone for the band. Sharon herself, ex-Loyko Oleg Ponomarev, Fidil and French rock star Cali are some of the names on the credits. The CD is picking up airplay nationally and also internationally in Belgium and USA while the group is promoting the album with tours of Ireland, Belgium and Switzerland this year. 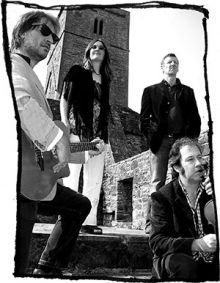 This line up features  Oleg Ponomarev (ex Loyko) , Anna Houston , Eddie Lee and Felip Carbonell. Their music ranges from China to Moldova, from Brittany to Russia , from Venezuela to Greece and beyond.
http://nocrows.net/videos/

“Viper Central brought down the house at two concerts at the 2010 San Francisco Bluegrass & Old Time Festival. Both their shows were so packed we had to turn people away at the door. They lived up to their billing. Extremely exciting music, great musicianship and singing, creativity, a fun show – what more could you ask. Everyone loved them. They made many new fans, and sold a ton of CD’s.”
San Francisco Bluegrass & Old Time Festival