Brendan Mulholland & Micky McCluskey are no strangers to the world of traditional/folk music and have been musical partners for over 20 years performing and recording with many various acts throughout Europe and America. Brendan & Mickey are very highly regarded and considered true masters of their instruments: Brendan on wooden flutes and Micky on guitar and bouzouki. They have joined forces to record their first album together comprising many of their own compositions along side tunes from all the Celtic traditions. This is a long awaited CD and is a must have for any serious lover of flute and guitar music or just all round great music!! 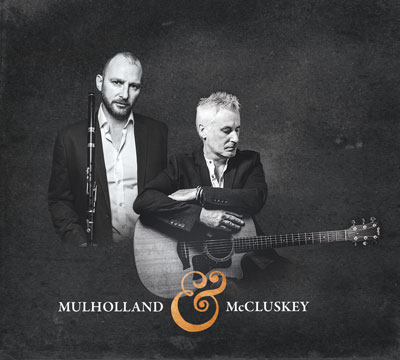 Charlie Le Brun is a flute player based in Dublin, Ireland. Born in Brittany, on the west coast of France, Charlie was immersed in the local triditional culture from a very young age, through speaking the Breton language and joining the many Fest-Noz all over the country (Breton ‘music and dance’ gatherings). Charlie initially started playing the classical music before switching to the traditional Irish wooden flute in his early teens. Thereafter in 2008, he moved to Westport where he joined various daily sessions alongside many accomplished musicians… and he’s kept on perfecting his craft ever since! Charlie’s acclaimed debut album ‘Madness is Convention’ was recorded live in Belfast @ RedBox Studios in January 2019. No post-production modifications were made to the original tracks, in order to preserve the authenticity and the energy of a musical moment shared by all the musicians: Charlie Le Brun (Flute), Aoife Kelly (Concertina), Eamon Rooney (Bodhrán) and Feilimí O’Connor (Guitar).

“A young man in a hurry, multi-talented and multi-style. A force to be reckoned with in the future” Alec Monaghan (Irish Music Magazine)
“I’ve listened to the CD many times, it’s wonderful! Charlie’s playing is rich, full and very soulful” James Kelly (Patrick Street, Planxty) 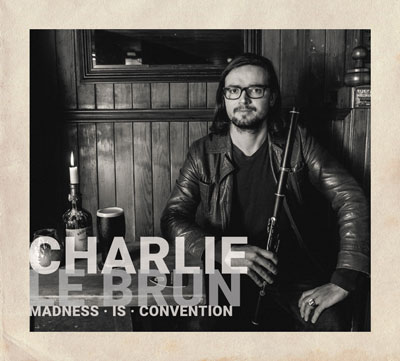 – 50c per ticket service charge applies on phone, internet or creditcard bookings. Final ticket price may be higher from other outlets.