Gavin started his musical career behind the drums, the foundation of his obsession which developed further as the drummer became a self-taught bassist, keyboardist, guitarist and singer, maturing a sound in countless bars from Dublin to Auckland.
The culmination was the 2008 release of ‘Guided by Lights, Governed by Numbers’, an EP conceived, written, recorded and performed wholly by Gavin himself.
“Gavin Mulhall is another artist avoiding the introspective solo route by creating what is essentially a very fine band sound… Mulhall has an engaging voice, and he knows how to use it to maximum effect. Pick of the Fortnight.”- Jackie Hayden, Hotpress 7/5/08

Following the release of ‘Guided by Lights’, Gavin began gigging regularly with the Slow Eureka Band (Neil O’Brien bass, Stu MacKenzie drums, Derek Lee guitar) and has appeared at venues across Ireland decamping in 2009 to record what would become “A Million Monkeys on a Million Typewriters” with producer Scott Halliday. “Magpie’s Nest” and “Surrender to Reason” from the “Million Monkeys…” sessions, were both released in 2010, with “Surrender to Reason” quickly named one of the Top 50 Songs of 2010 on the 2UIBestow Blog ( “Big sounding radio-friendly pop rock song… enjoyable listen & hints at a decent debut album…I like the simplicity of this track. It’s so well written…”) and was supported by airplay on Phantom FM’s Cathal Funge.

“Diagonal Song” is the third release from the “Million Monkeys…” sessions and promises to further cement Gavin’s reputation as an emerging talent in 2011.

Battle for 2nd Place are a 4-piece quasi-grunge band from Glasgow featuring the achingly beautiful vocals of Irish songstress Orla Prendergast. Having begun her musical journey in Dublin sharing a stage with the likes of Damien Rice 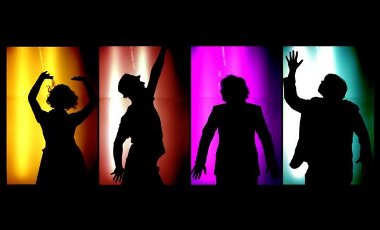 Orla moved to Glasgow where she achieved immediate success when the song ‘Opposite Direction’, a collaboration with the band Union of Knives, was used on the soundtrack of US shows Grey’s Anatomy and Vampire Diaries.

Their debut single ‘A Better Chance’ is currently receiving airplay on many of the main UK and Ireland alternative shows including Radio 1, 6 Music, XFM, Kerrang, 2FM, Today FM etc