Sold Out
Where
Little Whelan's
When
08:00 PM
Sold Out

Jazz in Whelan’s is an exciting new series which will run for 5 weeks, every Tuesday, from November 15th to December 13th in Little Whelan’s.

Despite sharing many musical influences, experiences and collaborators, this will be the first outing for this trio. Featuring well-established Irish musicians Chris Guilfoyle (guitar), Simon Jermyn (bass) and Matthew Jacobson (drums), they will be exploring material from the ECM Records catalogue. Set up in 1969 in Munich, Germany, ECM has become one of the most influential labels for improvised music worldwide.

The trio will bring their own individual voices as improvisers and arrangers to the openness, interactivity and deep listening that features so evidently throughout the label’s output. Chris Guilfoyle is a guitarist, composer, bandleader, educator currently based Dublin. He is also a founding member of the Dublin Jazz Co-op, a collective of Irish jazz musicians putting on weekly gigs in the Workman’s Club, Dublin. Chris leads his own group Umbra, a critically acclaimed quintet who have released two records and have toured extensively in Ireland and Europe. In his relatively short career, Chris has played with some of the biggest names in jazz including Dave Liebman, Jim Black, Tom Rainey, Theo Bleckmann, Nils Wogram, Ralph Peterson, John O’Gallagher and David Binney.

“an exciting new voice on the guitar” (The Jazzman)

A guitarist, electric bassist, composer, and educator, Simon Jermyn is an NYC/Berlin based musician originally from Ireland. Simon is busy with a variety of projects and bands, including Jim Black’s Smash and Grab, Wood River, the Marc Hannaford Trio, Roamer, and Sooner, as well as his own band Obsany and solo performances.

“Along with his affable, generous spirit, Simon has refreshingly broad tastes… moreover, you can hear this reach in his music” (Sound It Out)

Matthew Jacobson is an Irish drummer, improviser, composer, educator and producer. He is a full-time jazz lecturer at Dublin City University and holds a PhD from Ulster University. He is also a Fulbright Scholar, co-director of independent Irish record label Diatribe and has received numerous awards and scholarships from institutions including Arts Council of Ireland, Music Network, Berklee College of Music and Dun Laoghaire-Rathdown County Council. As well as leading his own groups ReDiviDeR and Insufficient Funs, he co-leads Roamer – a quartet of Ireland’s most internationally recognised improvisers – and regularly tours, performs and records with leading creative musicians around the world.

“One of the most dynamic forces in Irish jazz, on and off the stage” (Irish Times) 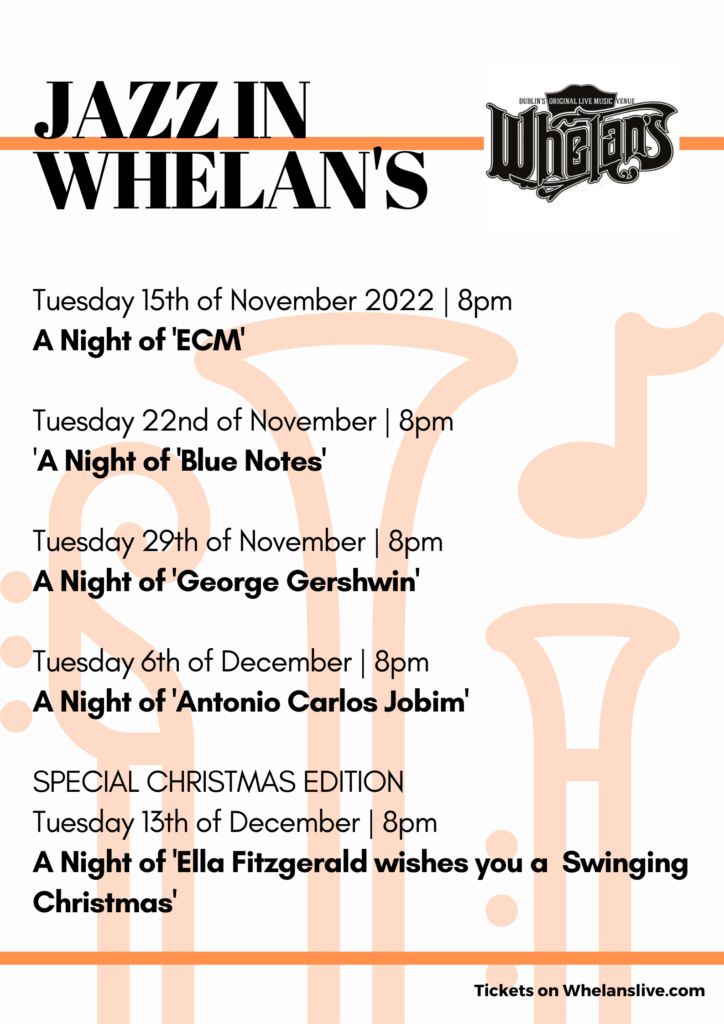