Sold Out
Where
Little Whelan's
When
08:30 PM
Sold Out
Share
All Events

Jayne will be joined by guitarist Sarah Michelle on the night

“JaYne exists in a space entirely of her own design.” – Clash Magazine.

“This creative act has a proven track record as a remarkable artist and songwriter.” – Hotpress.

“I was taken by her vocal style and sound.” – Bill Whelan.

JaYne is an Irish songstress based in Limerick on Ireland’s West Coast. Her love of jazz and soul music shine through her melodies and vocal style. Her quick wit and raw lyric are indicative of the city from which she hails as she takes no prisoners in her tales of lost love, one night stands and her struggles to keep her “party girl” side in check.

Receiving her BA in Songwriting from the Institute of Contemporary Music Performance – London the artist went on to work as a songwriter, co-writing ‘Girl On Your T.V’ with alt-pop artist twst. as well as releasing a number of EDM tracks on major labels including Sony U.S.A, Elixr, Thrive andViper Recordings.

JaYne has released a number of singles from her forthcoming album due for release in early 2023. Recent performances include supporting Mary Coughlan in Dolans, Electric Picnic – Global Green, Elements of Change Festival and Limerick Jazz 2023. 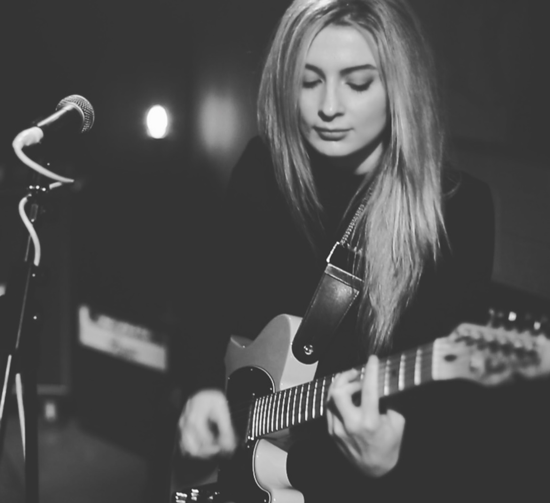 Sarah Michelle is a session guitarist from Dublin Ireland, who has gigged with various artists and musicians around Europe and the UK. Notable acts she has played alongside include Mary Stokes, Mik Pyro. She has studied classical and contemporary music and her guitar styles include funk, blues and jazz elements. She was awarded “album of the year” 2021 by Blues & Roots Radio for her playing alongside the Mary Stokes blues band.

Abe Graduated with a first class honours degree from the University of Limerick in BA Performance Arts in 2021; this greatly enhanced the artists performance skills and song writing ability. Abe song writing style is extremely personal and draws the listeners in by singing about the relatable up’s and down’s of life. Inspired by other great singer songwriters such as Hozier and Wallis Bird Abe has refined their music to reflect a unique approach to performances. Abe recently won the Live 95 FM’s “Local Hero” award and represented Limerick with original songs to be narrowed to one of last 25 in the country for the overall competition. Nominated in Hot Press magazines “Hot for 2022” issue ; Abe also was included in the renowned Instagram live stream “Young and emerging” series. Abe recently won the Mike the Pies “Battle of the Bands” competition in Listowel. Abe released her single “Déjà vu” this year with accompanying music video and is excited to premiere new tracks within the coming months.