After the success of the band’s debut album We’ve Been Talking, Wicklow, Ireland-based
instrumental four-piece Enemies will release a limited edition 7” vinyl featuring the songs ‘Coco
Et Moi’ and ‘Robert Reid’. It will be released on clear vinyl with 250 copies available in Ireland
and 250 in Japan. This limited edition vinyl will be released on April 16th for Record Store Day.

The 7” is a succinct release showcasing Enemies’ masterly use of post-rock vernacular as a
template for sustained moments of jubilance.

Enemies formed in the summer of 2007 in the village of Kilcoole, Co. Wicklow which has been
a epicentre for DIY independent music in Ireland over the last few years with bands like Adebisi
Shank, Kidd Blunt and Heathers first forging their sound in the area.

In Spring 2008, encouraged by that burgeoning local scene, Enemies released their debut EP
Alpha Waves which led to two Japanese labels Machu Picchu Industries and Stiff Slack picking
up the band for releases. A two-week tour of Japan followed in which they played sold-out
shows in Tokyo, Osaka, Nagoya and Kyoto.

Back closer to home, the band played gigs in the UK and Ireland on bills with bands like And So
I Watch You From Afar, Bats, Not Squares, Marvins Revolt and Blakfish. The quartet followed
their debut EP with a free double-A side single.

In June 2010, Enemies released their debut LP. Released by Richter Collective in the UK &
Ireland and Stiff Slack in Japan, We’ve Been Talking features pressings of the band’s own
unique take on instrumental rock, one which is nuanced yet clear cut, melodic yet ferocious and
energetic yet emotive.

REVIEWS FOR WE’VE BEEN TALKING

“Enemies pack melody, groove and quirky experiments with tumbling tempos into short bursts of
finely crafted noise that’s as jagged as it is balmy”
Irish Times – 8/10

“We’ve Been Talking sticks to subtlety and consistency of mood to make what may be the first
ever math rock summer album. Irish guitar music continues to strike oil.”
Totally Dublin – 8 / 10

“We’ve Been Talking draws us in with its smooth overlap of dexterous rhythms and considered
melodies.”
State Magazine – 4/5

“joyous sound that offers as many opportunities for hip wiggling as head banging and says that
the live show will have equal amounts of heavy sweat and great memories.”
4/5 – RTE

“..Pedals are stomped on and time signatures are laughed to scorn”
7/10 – AU Magazine 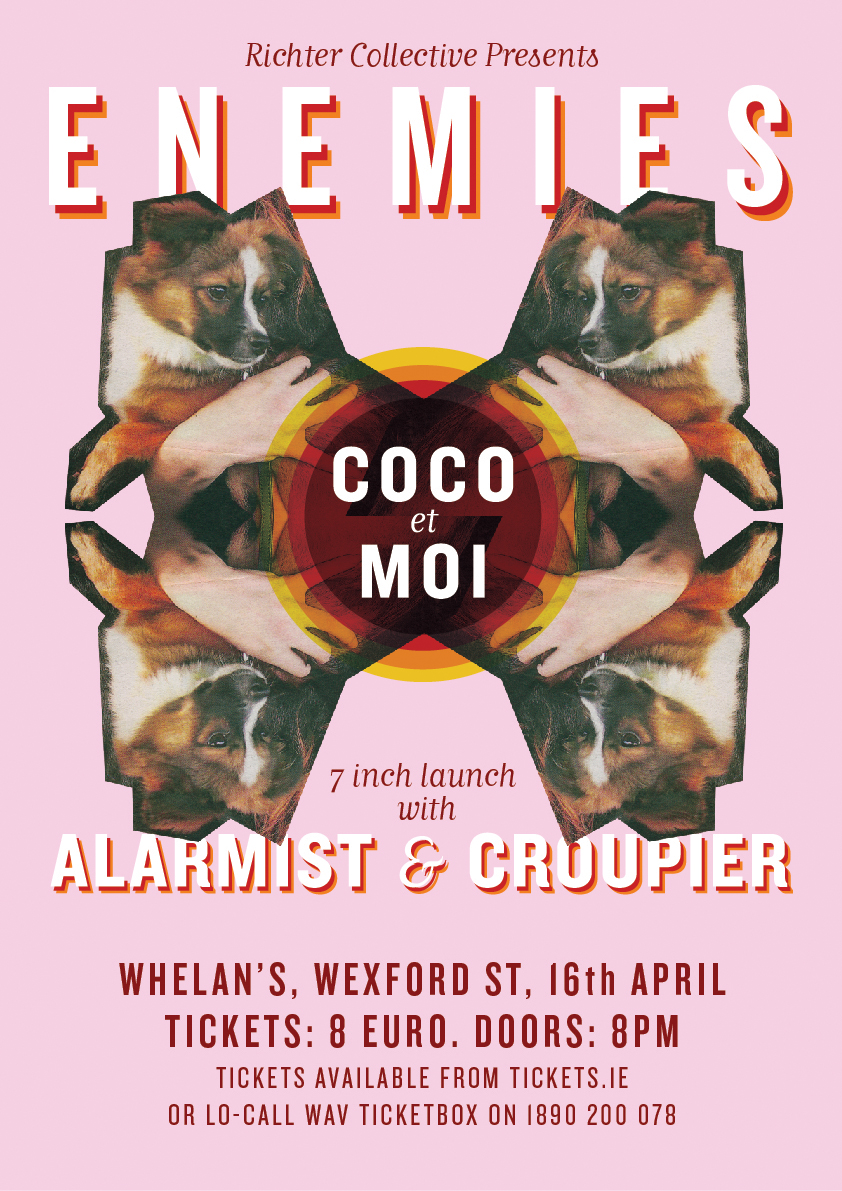