After their debut release on the New York based label Quote Unquote Records, Chewing on Tinfoil have kept themselves busy. With their US tour with Bomb The Music Industry, a live session on the BBC Punk Show with Mike Davies, an upcoming UK tour with New York Punks Leftover Crack, and local shows with Less Than Jake, Chewing on Tinfoil have managed to pack a lot in over the last year. Their next release will be their first 7″ record, a split with Cheltenham Punk/Folk band ‘Jim Lockey & The Solemn Sun’. The release tour takes in dates around the UK and Ireland. Be sure to catch them near you. 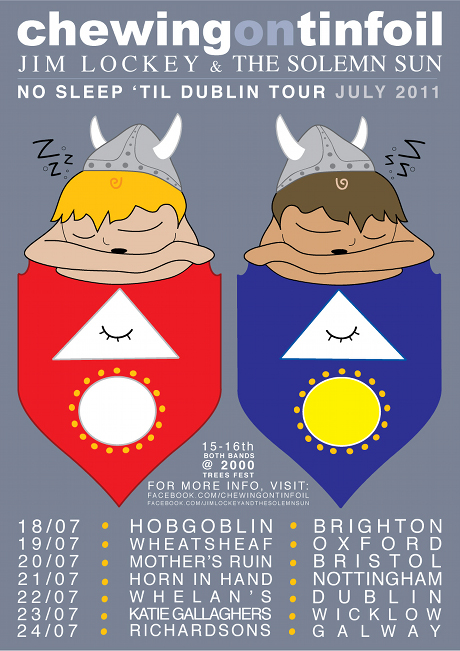