Whelan’s New Music Night TUESDAYS | 4 BANDS | €5 SUPER HANZ WISH COW NIAMH PARKINSON HOBIZ Confirm on facebook HERE Whelanslive is proud to present a celebration of new Irish music. Every Tuesday will see the upstairs venue play host to a series of the best of new music this country has to offer.Three… Read more » 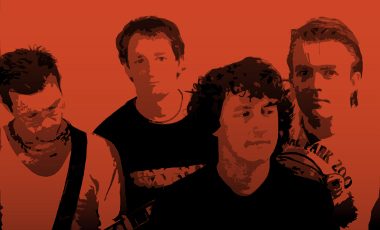 Whelanslive.com presents SOMETHING HAPPENS + guests Something Happens were an Irish pop-rock band from the late 1980s early 1990s (fronted by News Talk’s Tom Dunne!). With hits such as “Parachute” and “Hello, Hello, Hello, Hello, Hello (Petrol)” they were very popular in Ireland but international success eluded them despite signing to Virgin in 1988. Catch… Read more »

Whelanslive.com & Communion presents DAVID C. CLEMENTS + ELAINE MAI David C Clements has been grabbing the attention of music lovers through his exceptional live performances for quite some time, and by beginning 2012 with a series of 2-track EPs he has given his burgeoning fan base something more to hold on to.